A Virtual Research Environment (VRE) is an application with the following characteristics: (i) it is a Web-based working environment; (ii) it is tailored to serve the needs of a Community of Practice; (iii) it is expected to provide a community of practice with the whole array of commodities needed to accomplish the community’s goal(s); (iv) it is open and flexible with respect to the overall service offering and lifetime; and (v) it promotes fine-grained controlled sharing of both intermediate and final research results by guaranteeing ownership, provenance, and attribution.

The administration of these cooperation environments is a four tasks activity envisaging:

The VRE Definition is the procedure performed by the VRE Designer and leading to the specification of a Virtual Research Environment, i.e. the selection of the resources and the identification of other characteristics describing the desiderata for a VRE devised to serve the needs of a specific community.

This procedure is supported by a dedicated portlet, the VRE Definition Portlet, that implements a wizard-based approach.

This portlet guide the VRE Designer through the following steps:

For each functionality, the VRE Designer is provided with descriptive information; Moreover for some functionality it is possible to select related resources to make available in the VRE (e.g. for the StatsCube application bundle, the Statistical Service application provides the list of Statistical Algorithms available for deployment as shown in Figure 2.

The VRE Approval is the action performed after the definition phase aiming at actually deploying the VRE.

To perform this action, the VRE Manager should use the VRE Deployment portlet. This portlet list the existing VREs with their status as depicted below:

During the deployment phase, the VRE Manager is provided with a living report that shows the actions performed by the system (e.g. deployment of a new service) during the initial steps of this activity. The rest of the deployment phase can be monitored by using the VRE Deployment portlet that provides the VRE Manager with a comprehensive report for VREs the deployment task have been lunched, both for those successfully deployed as well as for those that have not successfully deployed. An example of the information contained in this report is depicted in the picture below. 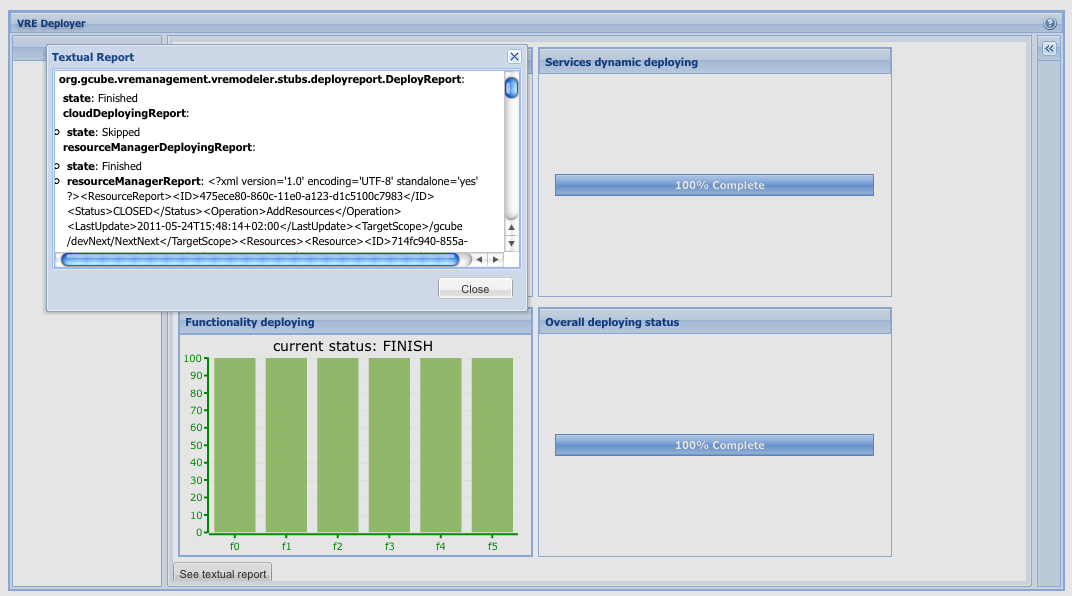 For VREs successfully deployed, the VRE Manager should perform the verification phase before to release the service to the user community.

VRE Verification is the action performed by the VRE Manager to check the features of the deployed VRE.

Once this test is complete, the VRE Manager can start managing the VRE, e.g. inform the community on the availability of this new VRE and start managing requests for membership.

VRE Management includes the activities performed during the VRE operation in order to revise the behaviour of the application. It includes

The VRE layout characterises the arrangement of the VRE graphical user interface. In particular, it specifies how the user interface main constituents, i.e. the portlets, are arranged in tabs, sub-tabs, rows and columns.

The D4Science portal is based on theLiferay portal and uses liferay's base functionality to manage the layout of each VO/VRE. For more information visit the Liferay's official documentation Liferay portal: Pages' Management

A VRE is an application conceived to serve the needs of a well defined pool of people, its users.

In order to manage the pool of users of a VRE, the VRE Manager should use the Users Management Portlet, a user friendly interface through which he/she can

Information on how to use the portlet are available here.

VRE Monitoring is the action through which the VRE Manager checks the status and quality of the resources partaking to the VRE.

This activity is performed by using the gCube Monitoring System, an example of these view is reported in the picture below. 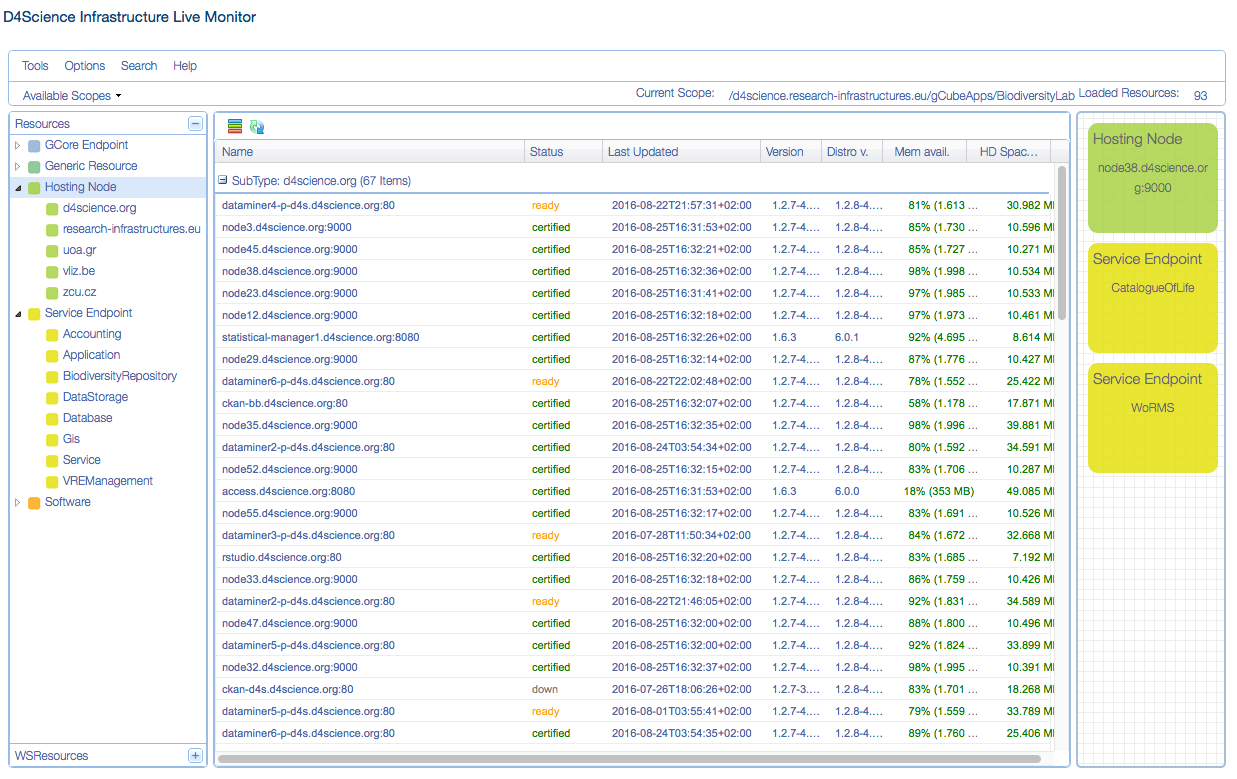