Signal Processing is a set of facilities that aim to analyze signals or measure time-varying or spatially varying physical quantities. It is part of the gCube-system facilities for Data Mining and Processing. It is especially used in order to discover seasonality and periodicity in time series of real valued observations. Such observations can refer, for example, to catch statistics in fisheries, marine species presence occurrence or environmental parameters modulations. The Signal Processing facilities are part of the Ecological Engine gCube library. This library is responsible for hosting all the basic data processing and mining procedures for biological and environmental datasets.

Signal Processing is used in many ways by the gCube based e-Infrastructures. GIS layers, containing geographical information, can report the variations of some environmental parameters in time. Information can be stored in NetCDF files as well as on remote GeoServers. Geographical maps can contain information about environmental parameters distributions or species distributions, but these are usually not uniformly defined. At some point, in time and space, values can be missing. For such reasons, the Ecological Engine library puts together data mining techniques and Signal Processing facilities in order to fill the gaps, reconstruct signals and produce time-frequency analysis.

The features currently supported by the Signal Processing facilities include:

A set of utilities are included in the Ecological Engine library in order to perform the above operations:

The software is available on the gCube maven repository by including the following component in the pom.xml file:

An example to call the spectrogram analysis with STFT and produce the chart is:

Where the input variables are:

An example which performs a signal reconstruction is:

where the input parameters are defined as follows:

The cfg directory and the Ecological Engine library are accessible at this svn link: http://svn.research-infrastructures.eu/d4science/gcube/trunk/data-analysis/EcologicalEngine

In the following experiments we give the idea of the transformations and processing that can be applied to signals by means of the Signal Processing (SP) facilities included in the 'Ecological Engine library. We selected a study area around Bari, Italy (ref. Fig. 1). 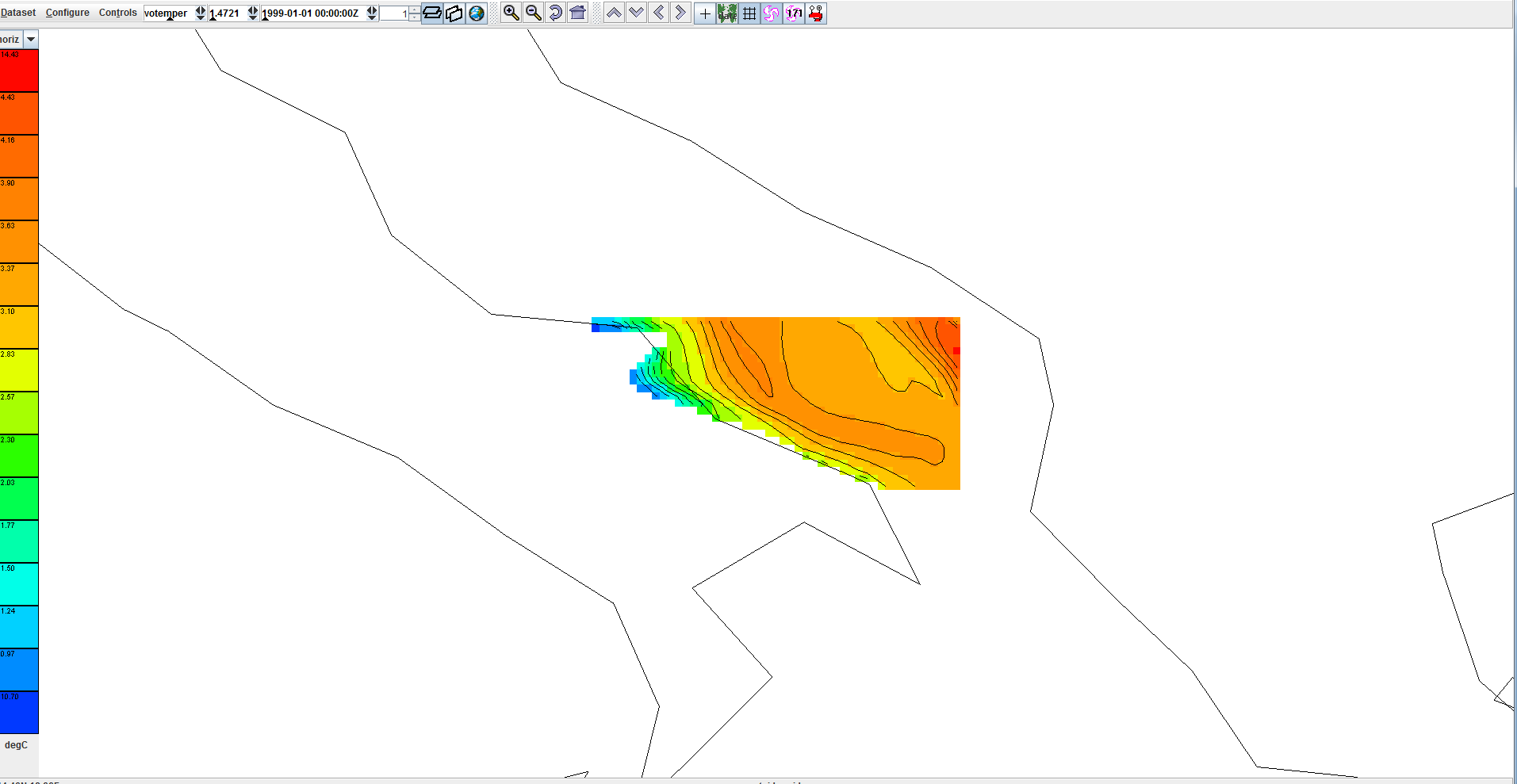 We then extracted the temperature time series from a point in that area with coordinates (17.59;41.37). We downloaded a NetCDF file from the MyOceans repository, which contained mean monthly variations for the sea surface temperature between the years 2000 and 2010. By using the geographical extraction facilities of gCube for the NetCDF files, we extracted the time trend of the temperature. By using the Signal Processing facilities we produced the chart in Fig. 2.

We used the spectrogram generation facility to produce the spectrogram plot of the signal (ref. Fig. 3). A continuous line is evident around 2.5E-8 Hz, which corresponds approximately to 12.2 months. 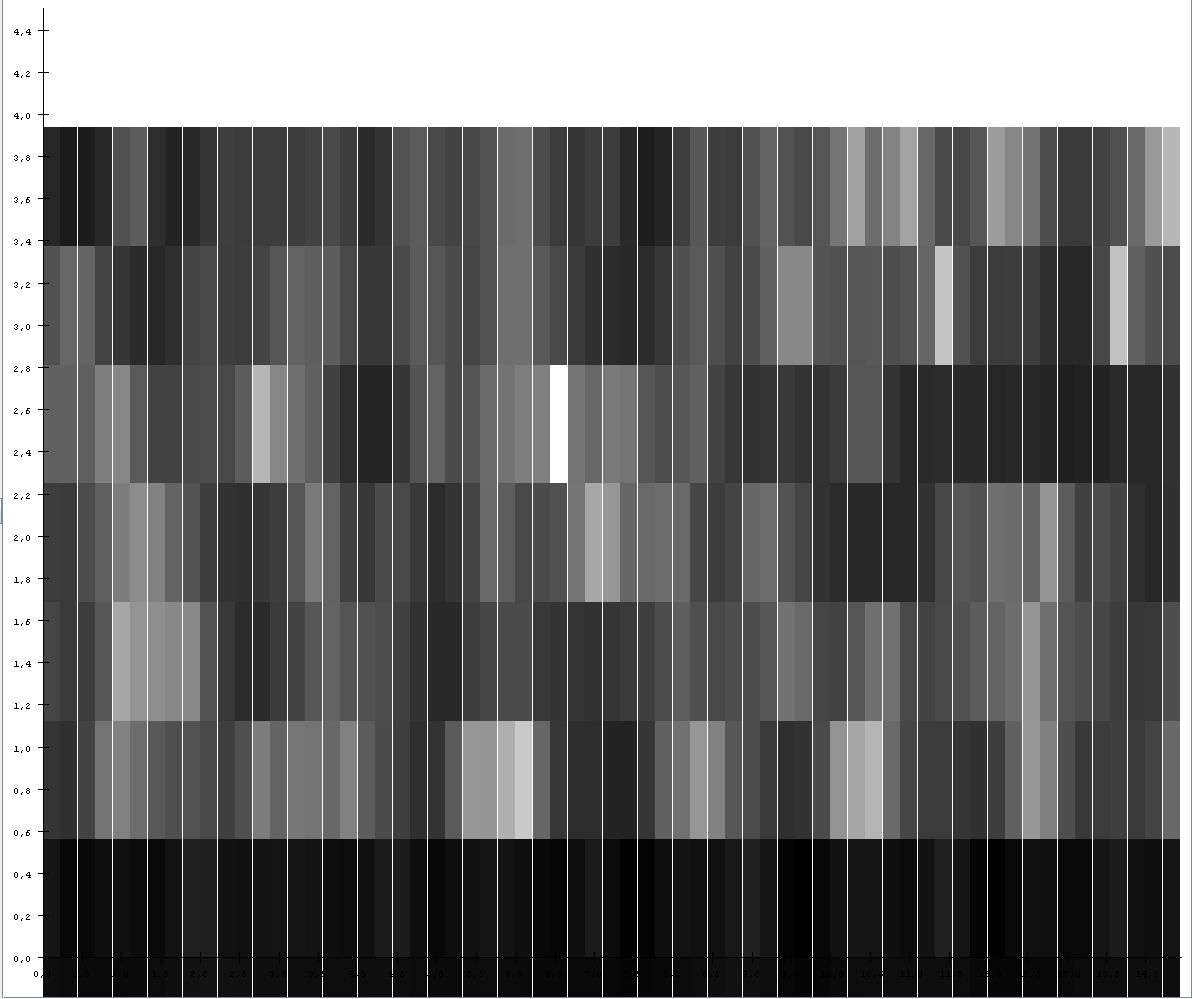 The simple spectrogram produced by the STFT was then able to underline a hidden periodicity in the trend. 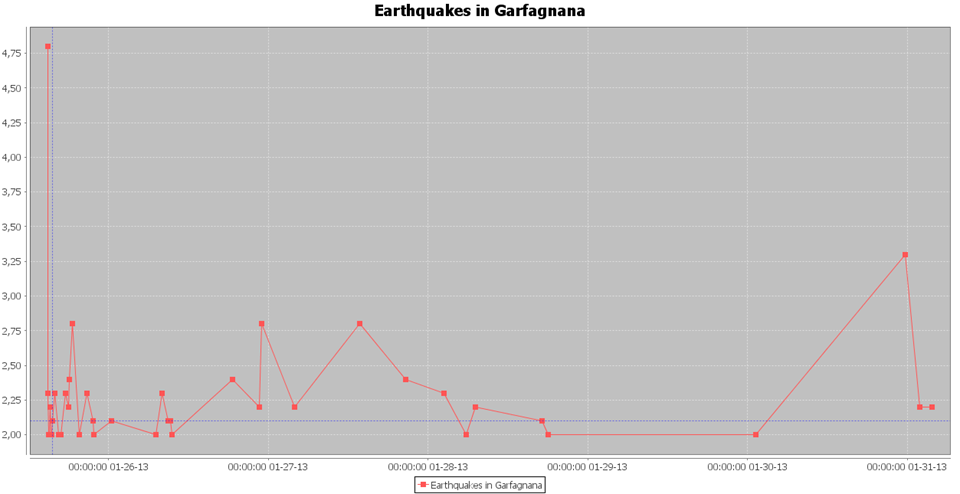 Figure 4. Trend of the earthquakes in Garfagnana at the beginning of 2013. The trend is not uniformly sampled.

By applying a K-Nearest Neighbor data mining process, we were able to reconstruct the signal at the missing points. We simulated a sampling of 4 minutes and eventually obtained the trend in Fig. 5.

Figure 5. Reconstructed trend of the earthquakes with 4 minutes of time sampling.

At such point we could produce the spectrogram of the reconstructed signal. The surprising fact is that it highlights three well defined periods hidden in the first part of the signal. The correspondent frequencies are superposed in the same time period (ref. Fig. 4). 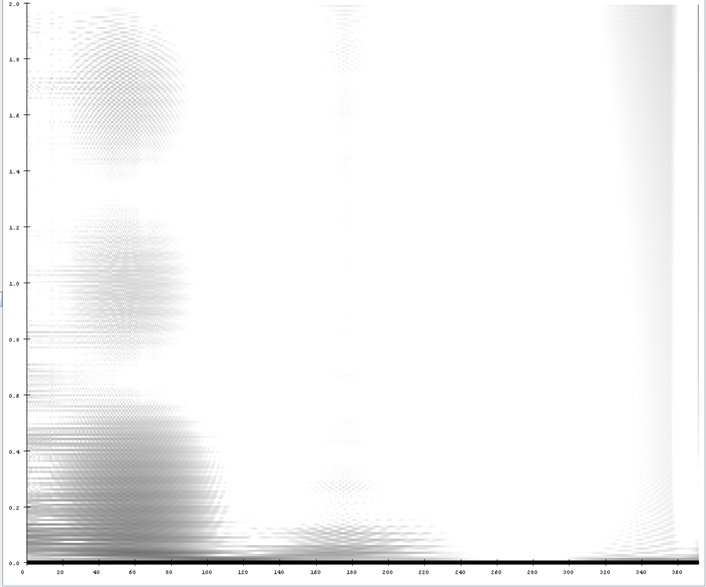 Figure 6. Spectrogram of the earthquakes trend. Three hidden periods are detected by the STFT.
Retrieved from "https://gcube.wiki.gcube-system.org/index.php?title=Signal_Processing&oldid=25135"
Categories: