Since gCube 3.10 release the process for the publication of the released source code and release notes is published on GitHub: https://github.com/gcube-system/gcube-releases .
As reported in the following figure, a single gcube-releases repository contains all components organized by subsystem/artifactid/version: 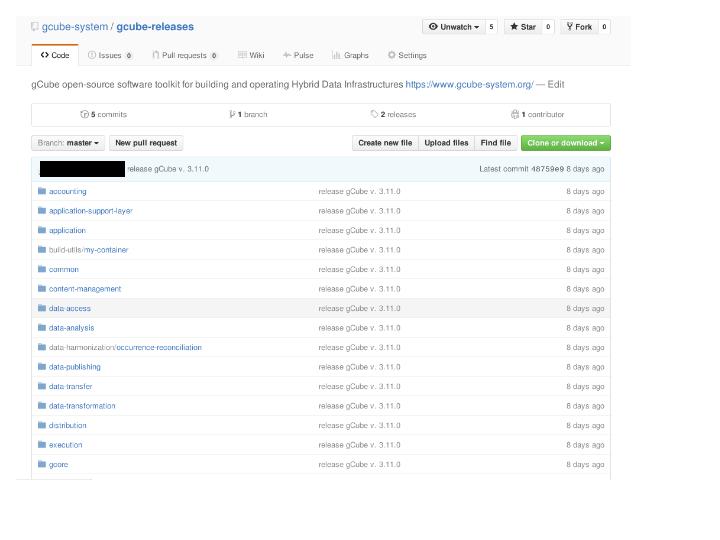 Each component directory contains the source code updated for the release (README, pom.xml, …): 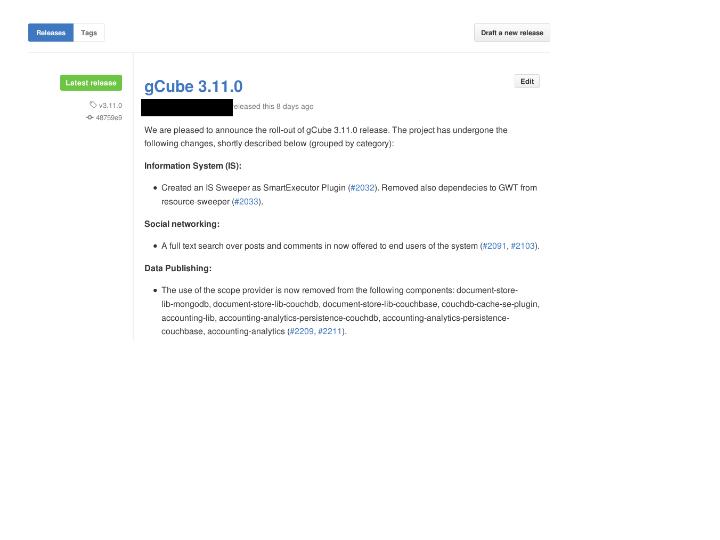 At the end of each release cycle a source package is created for each component. The sources packages are created after the pom versions have been updated and distro files have been interpolated.
gCube uses two types of the automation build tool: Maven and Ant; for this reason, to create the package are considered the Maven components and the Ant components. For Maven components is used the assembly plugin, for the Ant components is used ad-hoc bash script.
The local GIT repository are used to extract the source packages in the specific location (on BTRT).All changes are committed and then pushed to GitHub.