This guide is mostly about how to make the Google Eclipse Plugin, Eclipse and Maven work together. Which could not be trivial.

The Google official Notes on working with GWT, Maven, and Google Plugin for Eclipse are available at this link. Use it for Troubleshooting and to get an overview of what you're going to do.

Install the following plugins on your Eclipse:

I am using the latest stable releases from eclipse.org although the current WTP integration is still in incubation… but works.

Talking numbers, these are the version numbers I used:

Google Plugin for Eclipse (GPE) makes it easy to import Maven projects using GWT and App Engine. To get started, first install GPE and the additional Eclipse plugins required for your version of Eclipse (remember that only Indigo+ is supported)

Create a new maven project, when prompted for selecting the archetype type 'org.codehaus.mojo' and select the gwt-maven-plugin as shown in the picture below (select 2.4.0 is you use GWT 2.4) : 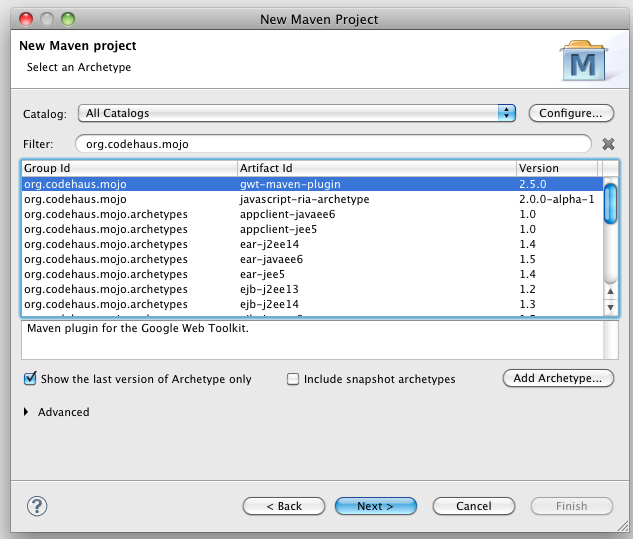 Click next and enter the maven coordinates for your artifact, see below for an example: 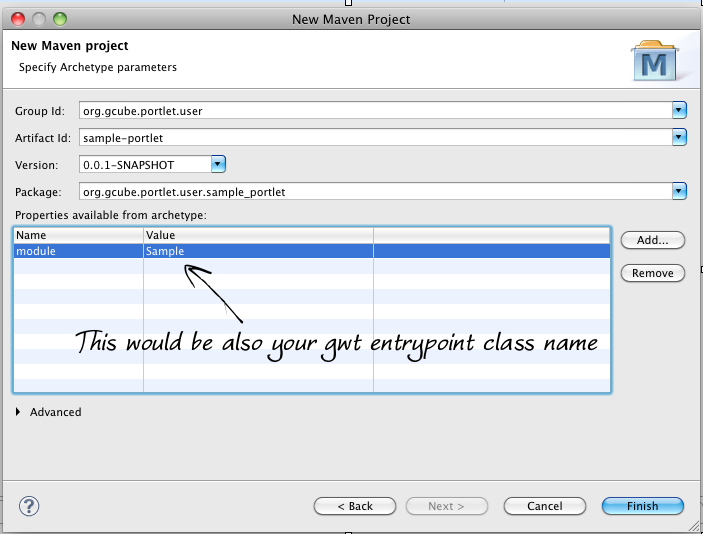 Hit finish and the gwt-maven-plugin will create a sample gwt project for you. If you use Indigo at a certain point it will fail creating the goal i18n and the goal generateAsync, this should not happen with Eclipse Juno. Don't worry, you don't need Juno just do the following: 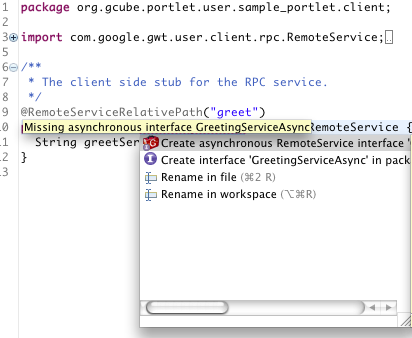 Now if you try to Run your project as a web application you will notice that also the web.xml is not complete, add what is suggested by the console n web.xml and everything should work fine, click the button and make sure the servlet communication works: 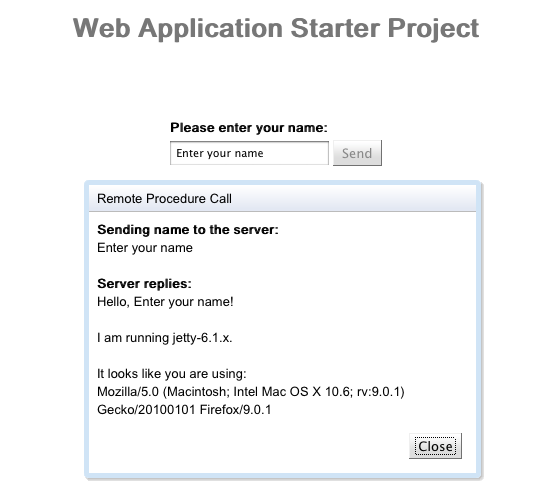 An actual working example, that could be helpful for you, is the following project:

the project can be imported in your eclipse by using svn with this URL:

All the steps suggested in the Developing gCube Portlet guide (Parent of this Guide) applies, except that with maven the xml files and jsp are no longer in the /war folder they need to be put under this folder: '/src/main/webapp' (see picture below).

Within eclipse you can use the 'Deployed Resources' folder directly, highlighted in the example below: 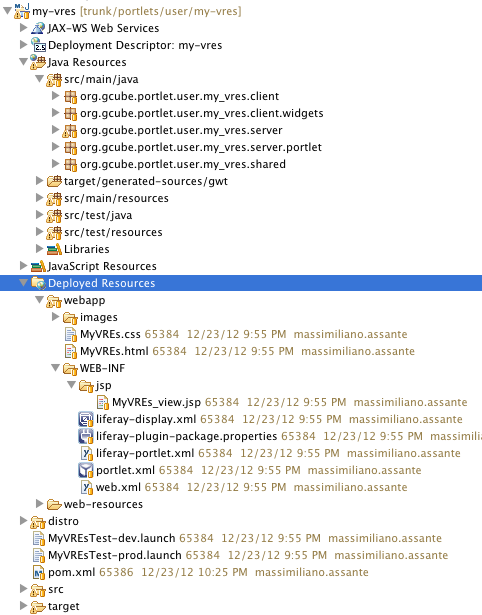 Troubleshooting when deploying on Liferay Portal

I decided to add this section as the exception thrown from Liferay in the following could make you 'go nuts' if you use a GWT Mavenized Portlet. So, you're happy your web application works fine on eclipse, you add the portlet descriptor files and decide to deploy the war on Liferay.. but it doesn't work because Liferay throws the following exception:

Here's the possible causes identified so far that might cause it: