The Release Manager is in charge of:

A release file must be created for each new Jenkins release.

The Pipeline project can be launched in 4 different ways (Type parameter):

build snapshot artifacts, install the artifacts in a local repo, do not deploy

build release artifacts, install the artifacts in a local repo, do not deploy

build release artifacts, install the artifacts in a local repo, deploy to the gcube-staging-jenkins Maven Repository

The idea behind these builds is that the Release Manager can test the full pipeline execution with the DRY-RUN builds. Once all the projects in the build work, the SNAPSHOT or RELEASE build can be launched to effectively deploy the artifacts on the remote Maven Repository.

As any other job execution, the pipeline can be monitored step-by-step in the Console Output page of the ongoing build: 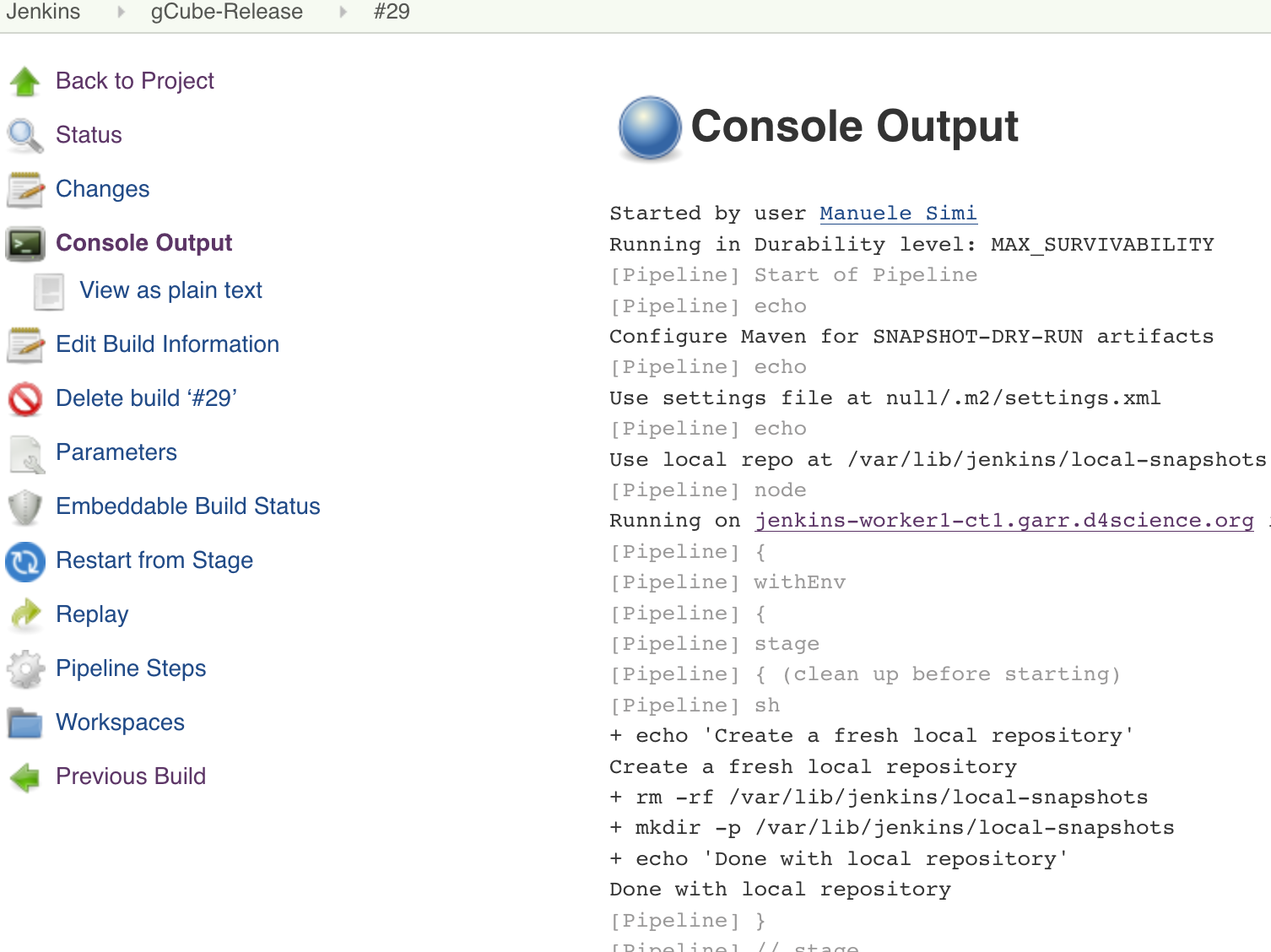 In addition, the Pipeline steps page (also accessible from the build page) shows the various steps and links to the other builds executed within the pipeline:

At least one “stage” section must be defined on the “stages” section of the pipeline. It will contain the work that the pipeline will execute. Stages must be named accordingly since Jenkins will display each of them on its interface, as shown here: 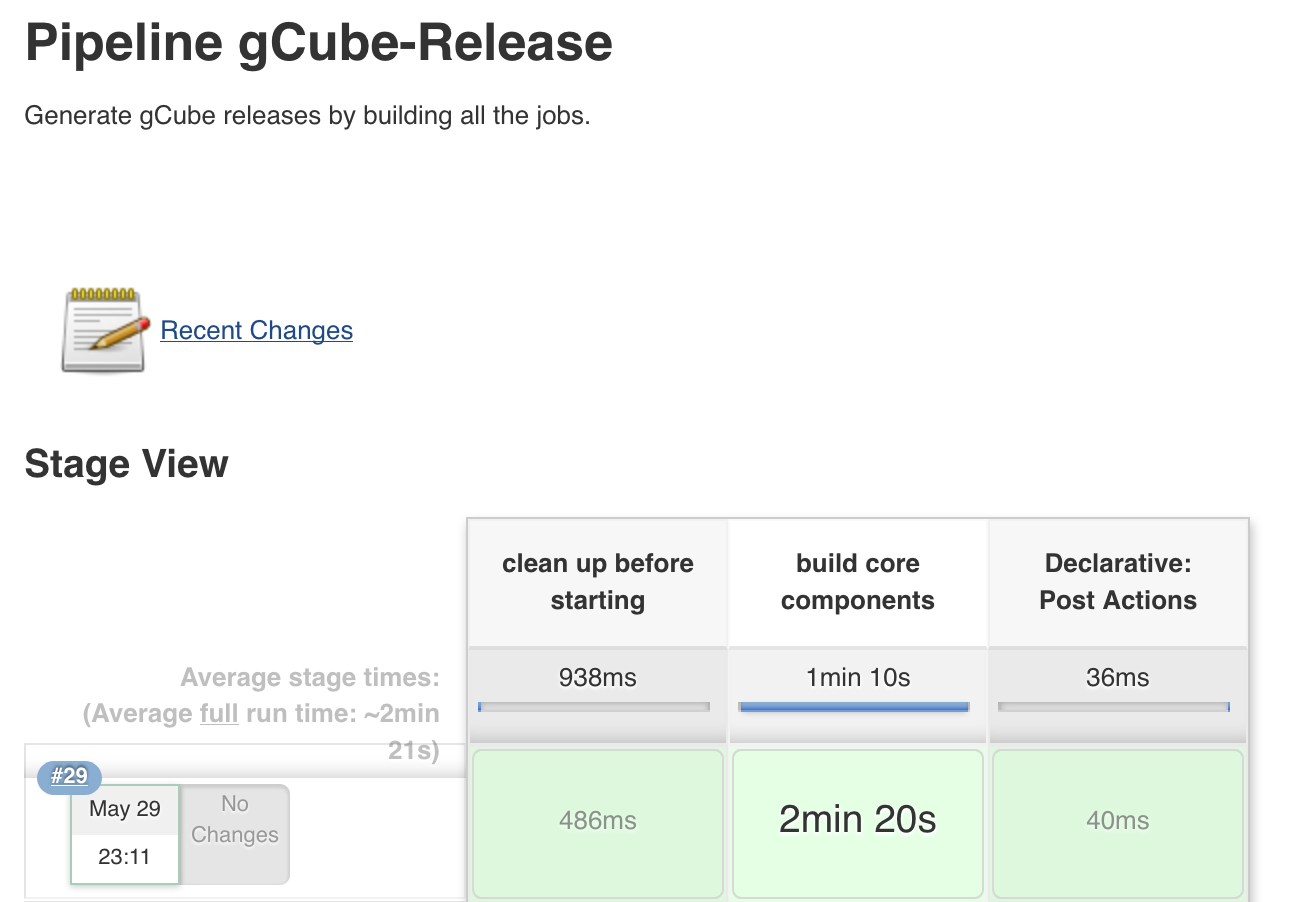 The Release Manager has to work on the Jenkins Pipeline configuration according to each release's requirements. Here are some sample activities:

Back to the CI guide.