The gCube Authorization Framework [1] is based on the concept of Token. A token is basically a random string which encapsulates some information. Two of them are: who's the owner (i.e., the username) of the token and for which context (VO/VRE) that token is valid. The token generator portlet allows users to manage their tokens. It can be used for:

It is deployed in almost all Infrastructure's context. In the following, further information about qualified and application tokens are reported too.

The token for each context is automatically created for you. So, the only thing you can do is to retrieve it by using the portlet 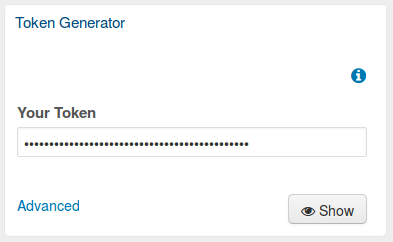 Push on the show button to see it together with your current username. 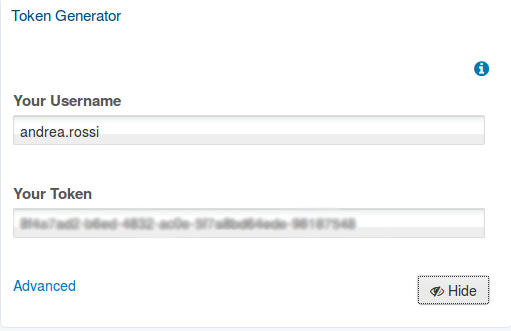 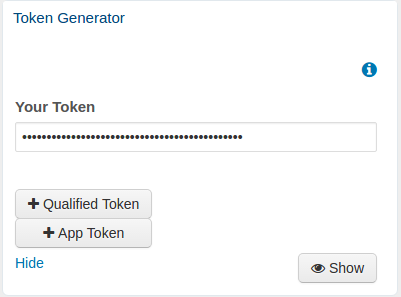 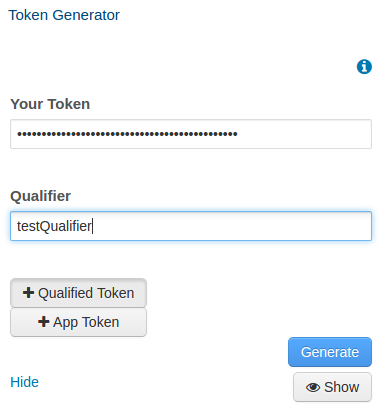 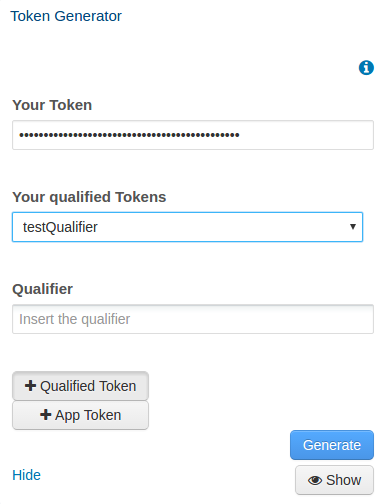 Now you can retrieve the token associated to the qualifier just selecting the qualifier itself. Hide the advanced panel and the token of the current context is shown again. 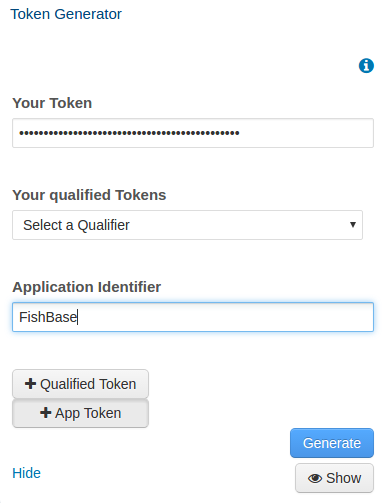 Then click on the Generate button, if all goes ok the generated token is show as below